Ahead of our Medallia x Pip Hare launch, we caught up with Pip, the British professional sailor and skipper of Medallia, a 60ft IMOCA class boat that will be competing in the 2020 – 2021 Vendée Globe.

Pip – thanks for taking the time to talk to us today. Let’s start at the beginning – and for those of our readers who aren’t sailing enthusiasts – what is the Vendée Globe?

The Vendée Globe is considered to be the world’s toughest sailing race. The skippers (sailors) race, unaided and single-handed in IMOCA class boats – 60ft yachts – in a bid to make it 24,000 miles around the world. The race typically lasts three months and takes place every four years, departing from Les Sables d’Olonne, France. Weather permitting, the 2020 – 2021 Vendée Globe begins on November 8th and is the ultimate test of endurance and human ability.

So certainly not one for the faint hearted – how are you feeling about the race?

I wouldn’t be putting myself through this if I didn’t believe I could cross the finish line. However, there’s no denying that the odds are stacked against me. More men have walked on the moon than women have completed the race – so it’s certainly not going to be easy. In the 30+ year history of the race only 78 professional sailors have completed the course – nine of whom have been British and seven of which female (by comparison 12 people have walked on the moon). But rather than scare me, all these stats do is drive me to want to succeed. I have a great boat (made even better by Medallia’s sponsorship) which can safely carry me across the world and I am physically in the best shape of my career, so I know I can do it. Not only that, but I think I can break the current female world record.

The very same. In 2001, British sailor, and now Dame, Ellen McArthur successfully completed the Vendée Globe in a record 94 days 4 hours 25 minutes. I believe I have the capability to break this record.

An ambitious target! But out of all the races out there why the Vendée Globe?

At the start of my career, I remember reading about the Vendée Globe and being captivated by these amazing French women attempting to sail across the globe. I loved that men and women could compete on a level playing field and there were no barriers to entry. So much so, that for the first time this year we are seeing a physically disabled person competing.

This race shows that it doesn’t matter who you are, where you have come from – anyone can take part. Sport should be more like that. While the Vendée Globe appeals to me because men and women compete equally, generally, women are very under-represented in sailing. I feel that by competing in this competition – I play a part in shifting the scales of diversity in sport.

What was your journey to get to this point?

A mixture of hard work, grit and determination. I have spent a lot of my career trying to break into the sport and forging my own path – which has been less than straightforward. Within the UK, there is no clear pathway to becoming a sailing athlete and no pre-established ladder to climb. However, I didn’t let this deter me. At the age of 35 I decided to take things into my own hands and build that ladder myself. I did my first solo trip from Uruguay to the UK, and systematically worked up through the ranks working on bigger boats and gaining more experience – all with an eye on the Vendée Globe. In 2018 I had the opportunity to charter an IMOCA – the class of boat required to sail in the Vendee Globe – but I had no title sponsor or financial backing. I decided that this was my opportunity, so undeterred I took on the boat and spent 2019 attempting to secure funding, and raise awareness. I’ve since completed the qualification rounds and found Medallia as my title sponsor!

Tell us a little about the relationship with Medallia and how it came about?

Leslie – Medallia’s CEO – came across my story, liked what he heard and wanted to support.

Medallia is known for enabling its customers to thrive and succeed which was easily spilled over to supporting me to succeed. Medallia is also about diversity. Helping a female athlete in her pursuit of victory is exactly what the company stands for. It’s part of the fabric of the company’s DNA. That is very much what this partnership is doing for me – providing me with the ability to succeed in my sport, to be an athlete and to be the best I can be.

The Vendée Globe has a history of partnerships between leading technology companies and sailors. There is often a synergy in the way that these types of companies and athletes think and a determination and drive to succeed. The very reason for being is to equip people with the tools to win and improve.

You can continue to follow Pip’s story here and see the various milestones in her journey to the starting point in November. 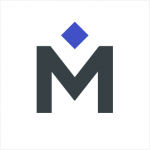 Put Customers at the Center of Your Reopening Strategy

Speech Analytics and the New Age of Contact Centers

We want to hear from you